Dr. Phillips Upcoming Shows for Sale- These are the new shows on sale October 25, 2019. Enjoy some of these shows with your Central Florida family!

Presented by Dr. Phillips Center in association with Live Nation

Known for his warm baritone vocals, Gregory Porter rose to acclaim in the 2010s with his earthy, cross-pollinated brand of jazz, soul, and gospel. A gifted singer of standards as well as more contemporary soul material, Porter has earned favorable comparisons to his idols Nat King Cole, Donny Hathaway, and Stevie Wonder. He announced his arrival by picking up a Grammy nomination for his 2010 debut, Water. After signing to Blue Note, he gained even wider notice for his third album, 2013’s Liquid Spirit, which hit number two on the jazz charts, and won the Grammy for Best Jazz Vocal Album. Although his original songs are his main focus, Porter often returns to his roots, such as on his 2017 tribute album Nat King Cole & Me.

Ledisi is a 12x Grammy-nominated vocal powerhouse who has wowed fans ever since she came onto the Bay area music scene. Over the past twenty years, she has earned a place in the pantheon of the best soul singers of her generation. Ledisi is a favorite of the Obamas and has performed nine times at the White House. Her fans include icons, legends and current chart-toppers like the late-Prince, Patti LaBelle, Smokey Robinson, Stevie Wonder and so many more. She has headlined two national sold-out tours, performed alongside Richie Sambora, Dave Matthews, Kelly Clarkson, Jill Scott, Maxwell as well as jazz greats like Herbie Hancock. Most recently she recorded on a project duetting with late Miles Davis. Ledisi has appeared on nationally recognized talk shows like Good Morning America, The David Letterman Show, The Late Night with Jimmy Fallon, HARRY and VH-1’s “Diva’s Live” just to name a few. In 2015 she landed a role in the Oscar-nominated movie, Selma, portraying Mahalia Jackson and had a notable performance in Gabourey Sidibe’s Shatterbox Anthology film, “The Tale Of Four”. In 2017, Ledisi released her ninth Grammy nominated studio album, “Let Love Rule”, which features John Legend, Kirk Franklin, and B.J. The Chicago Kid among others. The album received three GRAMMY nominations in the “Best R&B Album,” “Best R&B Performance” (High), and “Best Traditional R&B Performance” (All The Way) categories. Ledisi is not only a singer and actress, she’s an author, playwright, film producer and now CEO of her own record label Chinweya Entertainment from which she will launch several projects in the near future.

Presented by: Dr. Phillips Center in association with Live Nation

Possessing one of the most outstanding and instantly recognizable voices in music, GRAMMY Award-nominated singer, songwriter, and actor Josh Groban has entertained fans across the globe with his multi-platinum albums and DVDs (over 30 million sold worldwide), electrifying live performances, and comedic film and television appearances. The 37-year-old Los Angeles native stands out as “the only artist who has had two albums appear on the Top 20 Best-Selling Albums list of the past decade,” according to Billboard. He has appeared feature films such as Crazy, Stupid, Love, The Hollars, Coffee Town, and Muppets Most Wanted, as well as on NBC’s The Office, FX’s It’s Always Sunny in Philadelphia, and CBS’ The Crazy Ones. His discography encompasses eight studio albums, including his 2001 self-titled 5x-platinum debut, 2003’s 6x-platinum Closer, 2006’s double-platinum Awake, 2007’s 6x platinum Grammy-nominated Noel, 2010’s gold-certified Illuminations, 2013’s gold-certified All That Echoes, 2015’s gold-certified Stages, and most recently 2018’s Bridges.

Ballet en Cours project represents an opportunity for the students of Orlando Metroplitan Ballet Academy to acquire stage experience and a wonderful opportunity for the audience to see the construction of a show. Orlando MET students will parade, execute a short classical technique class and rehearse solos (modern) and variations (classical). When you come back from intermission they will dazzle and captivate the audience with a sugary, fairy, candied performance as an “hors d’oeuvre” to OMBA YSC full length future productions.

AN EVENING WITH DAVIS GAINES

Broadway veteran Davis Gaines and pianist John Olearchick return by popular demand on for an intimate evening of song benefiting hunger relief and homeless prevention. Presented by the Christian Service Center for Central Florida, a registered 501(c)(3) nonprofit dedicated to combating hunger and preventing homelessness in the Orlando area for almost 50 years, all net proceeds from this concert directly support hurting families and individuals who come to the Christian Service Center for help and hope.

“Gaines is a breathtaking concert artist, strong yet nuanced. The way he can express great tenderness one moment, great power the next, seems little short of miraculous.” –The New York Post

Join the Orlando Philharmonic Orchestra for this annual free Outdoor Family Concert sponsored by Dr. Phillips Charities in memory of Della Phillips. Enjoy Dr. Seuss family classics The Sneetches and Green Eggs & Ham with beautiful music performed by the orchestra with live narration. Also, at the concert will be food trucks, and family-friendly activities with an instrument petting zoo.

Tickets may be purchased online at drphillipscenter.org, by calling 844.513.2014 or by visiting the Bill and Mary Darden Box Office in person at Dr. Phillips Center for the Performing Arts at 445 S. Magnolia Avenue between 10 a.m. and 4 p.m. Monday through Friday, or 12 p.m. and 4 p.m. Saturday. Online and phone ticket purchases are subject to handling fees. Prices, shows, artists, dates and times are subject to change at any time without notice. Groups of 10 or more contact groups@drphillipscenter.org. or 407.455.5550.

The Mother of All Baby Showers Ticket Giveaway

PETE THE CAT GETS GROOVY AT ORLANDO REP 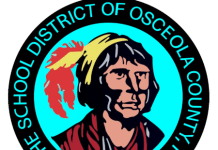 Coronavirus Information For Parents and Students

Up Up and Away Florida a Hot Air Balloon Festival