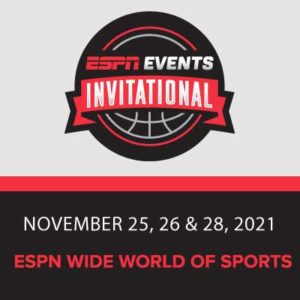 Celebrate Thanksgiving with some of the best teams in Division I college basketball, as they compete to take home the trophy at this 14th annual event.

The eight-team field for the 2021 ESPN Events Invitational – to be held Thursday, Nov. 25 through Sunday, Nov. 28, at HP Field House at ESPN Wide World of Sports near Orlando, Fla. – will include Alabama, Belmont, Dayton, Drake, Iona, Kansas, Miami (Fla.) and North Texas.