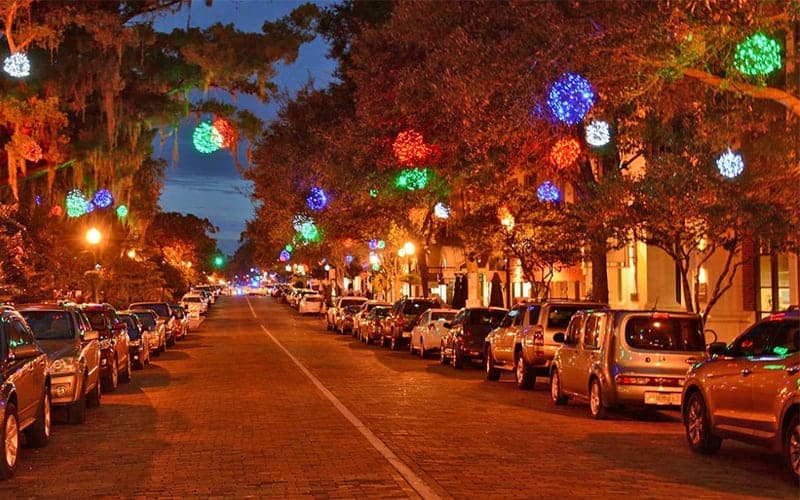 On Thursday, December 2, The Charles Hosmer Morse Museum of American Art and the City of Winter Park will present the 43rd Annual Christmas in the Park in downtown Winter Park.

The free outdoor event begins at 6:15 p.m. when nine century-old Tiffany leaded-glass windows are lighted. Central Park is then transformed into a luminous concert hall for the 160-voice Bach Festival Society Choir. The choral performance concludes about 8 p.m., and the windows remain lighted for viewing until 8:30 p.m.

Begun in 1979, Christmas in the Park was conceived by Hugh McKean and Jeannette McKean, the Museum’s first director and founder respectively, to share part of their rare Tiffany collection with the public in an informal setting. The Morse and the City of Winter Park began cosponsoring the event in 2014.

For the 43rd year of the event, the Morse will again install its windows and present the Bach Festival Society Choir and Brass Ensemble in concert. The city will oversee arrangements for park use, security, crowd management, traffic control, and road closures.

Of the nine windows displayed at Christmas in the Park, eight are memorials with religious themes designed by Louis Comfort Tiffany’s firm for installation in the chapel at the Association for the Relief of Respectable, Aged, Indigent Females (1814–1974) in New York City.

The ninth window, Tiffany Studios’ Christmas Eve, features a figure resembling Father Christmas holding the Christ child. The window’s design is based on a depiction of St. Nicholas by Thomas Nast (1840–1902), the famous political cartoonist. Following Christmas in the Park, the Christmas Eve window can be viewed throughout December at the Morse.

The Morse Museum houses the world’s most comprehensive collection of works by Louis Comfort Tiffany (1848–1933), including the chapel interior he designed for the 1893 World’s Columbian Exposition in Chicago and art and architectural elements from his Long Island estate, Laurelton Hall. The Morse is owned and operated by the Charles Hosmer Morse Foundation. The Elizabeth Morse Genius Foundation provides additional support. It receives no public funds.

For more information about holiday events at the Morse Museum, please visit morsemuseum.org. For information regarding events in the City of Winter Park, please visit the city’s website at cityofwinterpark.org.