Thank you for checking out events and things to do coming up in Central Florida and throughout the Orlando area for your kids and family to enjoy. And, be sure to check out our Calendar Sponsors that allow us to keep this calendar rich with information for you. Thank you and enjoy!

While we continue to strive to provide 100% accuracy with our posts, some posts grow old or producers of the information make changes to the information without notifying us. So, we highly encourage you to double check the information provided on this site. My Central Florida Family does not guarantee and is not responsible for all the information on this site due to mis-communicated changes, but we do work hard to ensure it’s accurate for you.

Click on any of the ads for more information.

Click on any of our guides below for more events.

Jack and the Beanstalk at Orlando Shakes 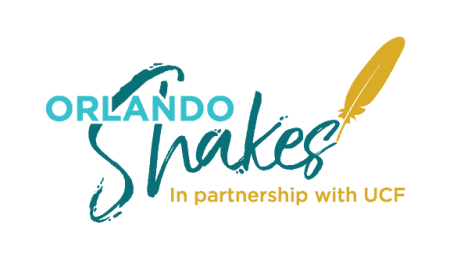 Orlando Shakes presents The World Premiere of Jack and the Beanstalk – Jack and the Beanstalk, a new musical by Michael Andrew, produced by Orlando Shakes in partnership with UCF, appears in the Margeson Theater from April 4 – May 4, 2019. Tickets ($10 – $20) are available now by phone (407) 447-1700 ext. 1, online through orlandoshakes.org, or in person at the John and Rita Lowndes Shakespeare Center (812 East Rollins Street).

Will you dare to reach new heights? From the urban jungle to the quaint countryside, Jack is well known for his sense of adventure – or at least in his daydreams. When it’s up to our hero to rescue new friends, his bravery will be put to the test. Amongst giants, mystery, and magic, join Jack on an exhilarating, musical escapade to a land above the clouds!

“It’s been exciting to create a new piece not only influenced by the musicals of the Golden Age of Broadway, but also influenced by the performers who’ll be playing these iconic roles,” playwright and composer Michael Andrew says . “I’ve create a song for a giant with a giant vocal range and for other specific qualities brought out by our talented cast.”

Jack and the Beanstalk is sponsored by Computer Business Consultants and Ronald & Patricia Strasberg.

Join us one hour before both opening day performances to take part in free crafts and activities. Free to all opening day ticket holders. No RSVP required.

SHAKE OUT THE SILLIES

Join members of the cast for interactive pre-show fun for the whole family. The fun starts 10-15 minutes prior to every performance.

Stick around after weekend performances of Jack & the Beanstalk  for a special autograph session with the stars of the show.