Popcorn Flicks in the Park in Winter Park 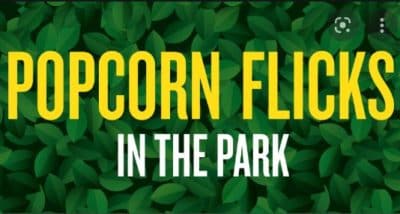 Our Popcorn Flicks in the Park series features classic films for the whole family. These films are usually held on the second Thursday of each month in Winter Park’s beautiful parks and they are FREE and open to the public. We encourage you to bring a blanket, a picnic or snacks, and some family and friends and join us! Popcorn Flicks are typically scheduled at 7PM or 8PM, but may not start until sunset to provide an optimal viewing experience for our guests.

7/14: Black Panther – After the death of his father, T’Challa returns home to the African nation of Wakanda to take his rightful place as king. When a powerful enemy suddenly reappears, T’Challa’s mettle as king — and as Black Panther — gets tested when he’s drawn into a conflict that puts the fate of Wakanda and the entire world at risk.

8/11: Harry Potter and the Goblet of Fire – The fourth movie in the Harry Potter franchise sees Harry (Daniel Radcliffe) returning for his fourth year at Hogwarts School of Witchcraft and Wizardry, along with his friends, Ron (Rupert Grint) and Hermione (Emma Watson).

7/14: Splash – A young boy saved from drowning by a beautiful mermaid, falls in love with her 20 years later when she returns to seek him out. Before he can choose between life on dry land or a deep sea paradise with his dream woman, the lovers are rudely interrupted by the intervention of a scheming scientist.