An event every week that begins at 8:00 pm on Tuesday, Wednesday, Thursday, Friday and Saturday, repeating until 10/08/2022 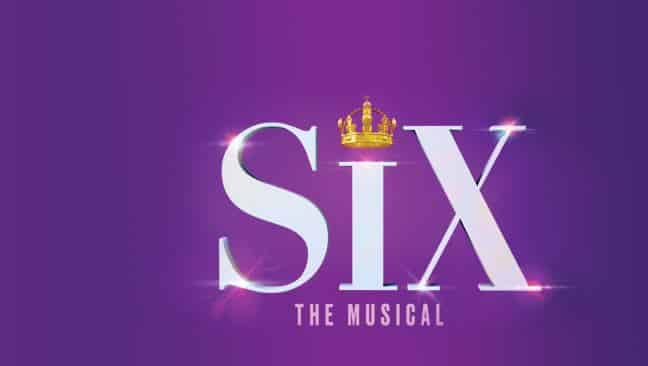 From Tudor Queens to Pop Icons, the SIX wives of Henry VIII take the microphone to remix five hundred years of historical heartbreak into a Euphoric Celebration of 21st century girl power! This new original musical is the global sensation that everyone is losing their head over! Featuring an all-woman cast and all-woman band, SIX has won 23 awards in the 2021/2022 Broadway season, including the Tony Award® for Best Original Score (Music and Lyrics) and the Outer Critics Circle Award for Best Musical. The New York Times says SIX “Totally Rules!” (Critic’s Pick) and The Washington Post hails SIX as “Exactly the kind of energizing, inspirational illumination this town aches for!” The SIX: LIVE ON OPENING NIGHT Broadway album debuted at #1 on the Billboard cast album charts and surpassed 6 Million streams in its first month.