Oviedo Chick-fil-A Opening 2018 – A new Central Florida Chick-fil-A is about to OPEN on May 10, 2018 in Oviedo! There are giveawys for the first 100 patrons, charging stations for electric cars, a book drive and more!

Award-winning local franchise owner Charlie Fish is thrilled to be opening Oviedo’s first stand-alone Chick-fil-A restaurant on May 10, with a chance for up to 100 adults to win free Chick-fil-A meals for a year and a children’s book drive benefitting John Evans Elementary.

The restaurant, located at 32 E Mitchell Hammock Road, is the first of eight planned Chick-fil-A openings in the next five months in Florida and will create upwards of 800 new jobs to the state. Two of the openings are planned for metro Orlando including Merritt Island and Lake Mary.

The Oviedo opening will feature a family-friendly overnight First 100 party that will pop up in the restaurant parking lot starting at 6 a.m. on May 9, 24 hours before the grand opening. Guests will try to be one of the first 100 adults through the door to win a year of free Chick-fil-A meals. The community event is open to those residing in specific zip codes surrounding the restaurant with details and rules found at https://thechickenwire.chick-fil-a.com/News/Future-Openings.

The Chick-fil-A First 100
A tradition going back more than 14 years, Chick-fil-A’s First 100 celebration has given away more than $34 million in free food through 2017 and continues to be the chain’s signature grand opening event. Rain, snow and extreme temperatures do not deter Chick-fil-A fans who arrive with tents, chairs, TVs and computers to stay entertained.
Each fan hopes to win a digital offer card loaded with a one-year supply of free Chick-fil-A meals (52 meals with each consisting of a Chick-fil-A Chicken Sandwich, medium Waffle Potato Fries and a medium beverage) that will be awarded to the first 100 eligible adults– ages 18 and older with identification – around 5:45 a.m. on May 10. If more than 100 people are onsite when the line officially opens at 6 a.m. on May 9, a drawing will be held to randomly select the First 100. Those chosen will be required to camp out until the grand opening in order to secure their spot.

With nearly three decades of Chick-fil-A experience, Charlie Fish, whose younger brother, Mick, is also an Operator in metro Orlando, began working at Chick-fil-A when he was 15-years-old. He earned a Chick-fil-A Leadership Scholarship which he used at UCF, graduating with a degree in business administration – marketing. Wanting to enter a profession that enabled him to serve his community, Fish was looking to follow in his older brother’s footsteps and become an Oviedo police officer. Instead, his Chick-fil-A Operator Henry Dixon encouraged him to serve the community as an Operator.

Becoming a Chick-fil-A franchise owner is no small feat as the company receives nearly 40,000 applications yearly for approximately 100 franchise opportunities. Fish’s hard work was awarded with the newly opened University of Rouse location on Dec. 1, 1997 and in 2012, he became the licensee consultant to the Chick-fil-A location at UCF. It was a tough decision to leave his restaurant of 21 years but he was excited to serve the community where he went to college and where his children have and still attend school. It seems the whole Fish family are all about serving their community in a selfless career. His wife, Liz, was a nurse for many years before helping Charlie at the restaurant, oldest son Jordan just graduated the end of April to become a firefighter, high school senior Candace is considering teaching and youngest son Brady is looking to follow in his dad’s and uncle’s footsteps to become a Chick-fil-A Operator as well.

Fish’s intentional efforts around mentoring and developing his team members into leaders over the years include awarding $85,000 in scholarships to his employees. His team’s efforts enabled his restaurant to receive the chain’s highest awards for Operators, not once but three times with the most recent Symbol of Success awards coming in 2015 and 2016. In addition, he has seen four employees become Chick-fil-A Operators and upwards of 30 team members get married to each other, including one he personally joined together.
Reflective of the love his team members have for Fish, 80 percent of them will be following him to the new Oviedo/North UCF restaurant. That includes all 11 of his leadership team that has anywhere from three to 21 years serving alongside of Fish, with a combined total of Chick-fil-a experience of more than a century. Fish has continued to keep in touch with his team members who have moved onto other careers.

With his passion around his team member family and serving others outside his restaurant, Fish is using his opening to invite First 100 participants to bring items to help put together care packages for troops in Afghanistan which is where his former team leader Rebecca Cunningham is also serving. She is a chief warrant officer in the U.S. Army with a 15-year career as jumpmaster.

Realizing the importance of youth and reading, Fish is also asking First 100 attendees and restaurant guests to participate in a children’s book drive to benefit John Evans Elementary. He will be collecting new and gently used children’s books through grand opening week to be placed in a nearly 3-foot Book House, built from reclaimed wood. Since 2014, Chick-fil-A has collected nearly 66,500 books that have been donated to 362 local organizations in 45 states and Washington, D.C.

Chick-fil-A opened its first metro Orlando restaurant nearly 44 years ago in June 1974 at Fashion Square mall. The new
Chick-fil-A in Oviedo is among the 120 Chick-fil-A locations scheduled to open this year across the country, creating more than 11,000 new jobs. For more information about the new location, visit their Facebook page at https://www.facebook.com/Chick-fil-A-of-Oviedo.

Atlanta-based Chick-fil-A, Inc. is a family owned and privately held restaurant company founded in 1967 by S. Truett Cathy. More information on Chick-fil-A is available at www.chick-fil-a.com.

Disclaimer: This Oviedo Chick-fil-A Opening 2018 event is subject to last minute cancellations and changes which might not be reflected in this MyCentralFloridaFamily.com post. Please always confirm with this family-friendly business by calling or clicking. 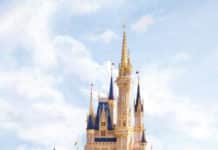 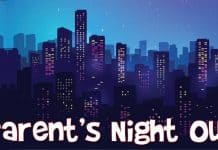 The Young and the Breathless 5K Fun Run