Walt Disney World Season of Plenty this Fall 2019 – As the calendar turns the page into fall later this year, the curtain will lift on an exciting time for Walt Disney World Resort. Star Wars: Galaxy’s Edge will be brand new at Disney’s Hollywood Studios, while Magic Kingdom Park will unveil a new fireworks show as part of Mickey’s Not-So-Scary Halloween Party. The Epcot International Food & Wine Festival will run for a record number of days, and the park will wave a fond farewell to “IllumiNations: Reflections of Earth” before ushering in a new nighttime spectacular, “Epcot Forever.” These enticing options and more are all part of a season of fun where guests are invited to “fall into magic.”

A new Halloween-themed fireworks show debuts this year during Mickey’s Not-So-Scary Halloween Party. This new show will feature state-of-the-art projection effects, lasers, lighting and dazzling fireworks that come together to tell a not-so-scary story about how anything can happen on Halloween night. The show will take guests along for a trick-or-treating adventure, where four friends – Mickey Mouse, Minnie Mouse, Donald Duck and Goofy – find themselves drawn into a mysterious haunted house.

Held for a record 36 select nights from Aug. 16-Nov. 1, Mickey’s Not-So-Scary Halloween Party is a specially ticketed event that captures the spirit of the season with spooky décor, lighting and music parkwide, along with returning favorites such as “Mickey’s Boo to You Parade,” the “Hocus Pocus Villains Spelltacular” castle stage show and trick-or-treating throughout the park. Also returning for this year’s party will be special attraction experiences for Mad Tea Party, Pirates of the Caribbean and Space Mountain. Children are encouraged to dress in costume and enjoy the spirit of Halloween with their families. Mickey’s Not-So-Scary Halloween Party is a ticketed, after-hours special event. Tickets start at $79. Book through Disneyworld.com or the Disney Reservations Center at (407) 827-7350.

DID YOU KNOW … The Headless Horseman will appear prior to “Mickey’s Boo to You Parade.”

The Epcot celebration of cuisine, music and more takes place Aug. 29-Nov. 23 – a record 87 days. During this foodie festival, the park will brim with marketplaces, culinary demonstrations, beverage seminars, the Eat to the Beat Concert Series, specialty merchandise and much more. In some fun for the whole family, Remy’s Ratatouille Hide & Squeak will send guests on an adventure searching for Remy in a savory scavenger hunt around the festival. Eat to the Beat concerts will bring a lineup of pop, rock, R&B, country, Christian, swing and Latin artists, with three shows every night of the festival through Nov. 19. Families will find a play area for kids and an international flair – including kid-approved menu items – at many of the 30-plus Global Marketplaces.

DID YOU KNOW … This year’s festival will offer 249 Eat to the Beat concerts.

For nearly 20 years, the nighttime spectacular “IllumiNations: Reflections of Earth” has brought each day at Epcot to a thrilling close. Guests have marveled as World Showcase lagoon came to life with fireworks, fountains and lasers paying homage to the joyful story of humanity and the remarkable achievements of our time. The show’s final night will be Sept. 30, to make way for an all-new, limited-time spectacular, “Epcot Forever,” debuting Oct. 1. This new show will be a celebration of the past, present and future of Epcot, built around the magical soundtrack guests have come to know and love at the park. The new show will feature fireworks, lasers and choreographed special-effect kites accompanied by a stirring collection of songs celebrating Epcot.

DID YOU KNOW … “IllumiNations: Reflections of Earth” has entertained millions of guests since it debuted in October 1999.

Basketball is officially “in season” this fall, after NBA Experience holds a championship-worthy grand opening Aug. 12 at Disney Springs. When guests step into this re-creation of a modern NBA arena, they’ll feel what it’s like to be a basketball superstar. The one-of-a-kind destination features 13 unique interactive and hands-on experiences where Disney magic merges with the thrills of the NBA and WNBA.

NBA Experience is part of the ever-evolving Disney Springs area. Also new is Jaleo, offering the very best of Spanish cuisine and design seen through the creative lens of renowned Chef José Andrés. Jaleo (which means “revelry” in Spanish) treats diners to an extensive tapas menu, reflecting the rich regional diversity of traditional and contemporary Spanish cuisine, complemented by sangrias and a premier selection of Spanish wines. Just off the main entrance is Pepe by José Andrés, the first brick-and-mortar location of the chef’s wildly popular Spanish food truck.

Jaleo is one of six restaurants at Disney Springs featuring James Beard Award-winning chefs, and dining venues throughout the district will offer sample-sized fall food and drinks. With the help of a printed guide, guests can make their way through Disney Springs and sample all the flavors of the season from select locations.

The fall season is also a great time to enjoy entertainment and shopping at Disney Springs. Colorful backdrops will make great seasonal photos for the entire family, while new fall looks will be available in shops throughout the shopping district, including Halloween costumes for kids and clothing for adults featuring their favorite Disney characters.

DID YOU KNOW … NBA Experience will span 44,000 square feet of basketball action and fun.

Make the Jump to Lightspeed in Star Wars: Galaxy Edge at Hollywood Studios:

On the heels of its Aug. 29 opening, Star Wars: Galaxy’s Edge offers Disney’s Hollywood Studios guests the chance this fall to live their own Star Wars stories. The action takes place on Batuu, a far-flung planet populated by scoundrels and adventurers. While visiting the land, guests can stop for a drink at Oga’s Cantina or discover rare artifacts at Dok-Ondar’s Den of Antiquities, among other immersive Star Wars experiences. The groundbreaking attraction Millennium Falcon: Smugglers Run gives guests control of the iconic spacecraft as the ship hurtles through space on a smuggling mission. Star Wars: Rise of the Resistance, a second attraction opening later in 2019, will put guests in the middle of a climactic battle between the First Order and the Resistance.

DID YOU KNOW … Guests will play one of three unique and critical roles in Millennium Falcon: Smugglers Run – pilots, gunners or flight engineers – providing multiple ways to experience the attraction.

Star Wars: Galaxy’s Edge and its experiences are subject to capacity.

A new mode of transportation will float through the air around Walt Disney World this fall when Disney Skyliner, a state-of-the-art gondola system, begins gliding guests across the sky in custom cabins. Disney Skyliner will conveniently connect Disney’s Hollywood Studios and Epcot to four resort hotels – Disney’s Art of Animation Resort, Disney’s Pop Century Resort and Disney’s Caribbean Beach Resort, as well as the 15th Disney Vacation Club property, Disney’s Riviera Resort (planned to open in mid-December). Select gondolas will have iconic Disney characters incorporated into their exterior designs to give the appearance that a Disney pal is riding along with guests. Disney Skyliner will offer a new way to experience Walt Disney World with amazing views only available from the sky.

DID YOU KNOW … Several Disney Skyliner gondolas will be adorned with graphics based on Disney films, attractions or characters.

As the sun sets earlier and earlier this fall, these nighttime experiences will come to life at Disney’s Animal Kingdom:

DID YOU KNOW … On May 1, 2019, a baby western lowland gorilla was born at Disney’s Animal Kingdom. Named Grace, the gorilla and her parents can now be seen at the Gorilla Falls Exploration Trail inside the park.

To welcome fall travelers, there’s always something new at Disney resort hotels. Disney’s Coronado Springs Resort will greet guests with its new 15-story Gran Destino tower (opening this summer), adding 500-plus guestrooms, including suites and concierge-level services. New waterfront dining and a retail shopping area have come to Disney’s Caribbean Beach Resort, while a mid-December opening is planned for Disney’s Riviera Resort, a Disney Vacation Club property inspired by the grandeur and enchantment of the European Riviera.

DID YOU KNOW … Sitting atop the new Gran Destino tower at Disney’s Coronado Springs Resort will be Toledo – Tapas, Steak & Seafood, a new table-service restaurant featuring dishes and small plates inspired by the flavors of Spain.

2019 Disney Wine and Dine Half Marathon:

This fall’s runDisney race season is a delectable celebration 10 years in the making as the 2019 Disney Wine & Dine Half Marathon Weekend takes place Oct. 31-Nov. 3. Filled with a delicious slate of events and Disney magic along every mile, this year’s event includes a 5K, 10K, half marathon and kids’ races. During this year’s Disney Fall Feast 5K, guests can run, jog or walk their way around Epcot for the first time during this fall event. At the Nov. 3 post-race party, guests enjoy after-hours access to the Epcot International Food & Wine Festival, including marketplaces and select Epcot attractions. For all race-season details, visit runDisney.com. Guests can also register via the celebrated charity for this year’s event, Second Harvest Food Bank of Central Florida.

DID YOU KNOW … runDisney is one of the most popular race organizers in the United States, with more than 188,000 runners participating in events throughout the year. 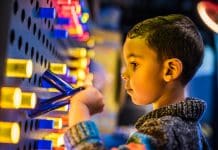 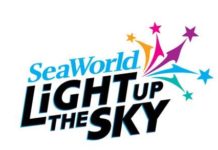 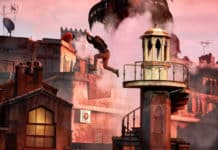 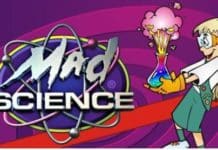 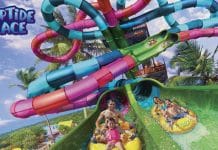 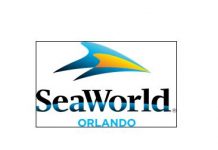