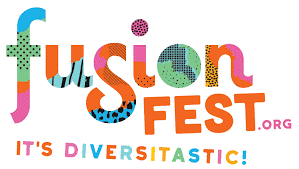 FusionFest, Central Florida’s leading cultural diversity festival with year-round programming, has set the stage for its fifth annual celebration of the people and the many cultures that make the region awesome. FusionFest’s free, two-day signature event returns on Thanksgiving Weekend: Saturday, November 26 from 10 a.m. – 8 p.m. and Sunday, November 27 from Noon – 6 p.m.

Thousands of guests representing more than 110 different global cultures will fill the Seneff Arts Plaza at Dr. Phillips Center for the Performing Arts to experience music, dance, food, visual arts, spoken word, games and interactive activities. More than 1,000 local artists are expected to perform and showcase their work on FusionFest’s stages and in its galleries and interactive installations.

What started as a grassroots project in 2016 with volunteers from different heritages has evolved into one of the region’s signature events, garnering national, regional and local awards. They include a 2021 National Association of Counties (NACo) Achievement Award in an Arts, Culture and Historic Preservation; SunSational Awards from the Florida Festivals and Events Association (2020 and 2021); and Golden Brick Awards from the Orlando Economic Partnership (2021 and 2019).

FusionFest Inc. is a 501(c)3 nonprofit organization and a project of the Orange County Office of Arts & Cultural Affairs. Since 2016 a steering committee of 40 members with heritages from around the globe meets monthly to shape the project. In addition to its annual festival, FusionFest produces year-round programming, including the Diverse Orange Talk Show, MYgration Films Watch Parties and Diversitastic! Dining Experiences.

Said Director with Orange County Arts & Cultural Affairs and FusionFest’s Chief Instigator Terry Olson, “FusionFest has become a mainstay of Orlando’s fall arts calendar. I am extremely proud of our steering committee, whose members work diligently behind the scenes to produce an event unlike any other in our region.”

Added FusionFest Executive Director Thali Sugisawa, “FusionFest is a can’t miss event and the perfect outing after Thanksgiving gatherings. We invite residents and visitors to head downtown to take in the aromas, sights, sounds, tastes, textures and fascinating stories that represent the diverse origins and heritages of our community.”

Thank you for visiting us at MyCentralFloridaFamily.com. We're happy you're here! This website was designed to assist families with finding resources, ideas and things to do within the Central Florida community. We encourage all families to check and double check all events, information and news prior to making decisions for their families because, while we strive for perfection, information, news, events, and details always will and do change.

Our website contains paid, non-paid, and in-trade mentions, articles, and reviews of organizations, events, schools and businesses throughout Central Florida. These mentions are for informational purposes only and should not be considered an endorsement. Please do further research on your own before choosing an event, organization, school or business to engage with.

Families and individuals using our site assume all risks from any activities they participate in. MyCentralFloridaFamily.com, Epic Expos, Inc., their employees and owners are not responsible for any injuries or issues that come from participating in any of the events or opportunities listed on our website or social pages. All users/readers/visitors to MyCentralFloridaFamily.com agree to hold Epic Expos, Inc. and all of it's entities harmless in any such claims.

With that said, we hope you find our website and social pages full of fun ideas and opportunities to make family memories and make your Central Florida living easier than ever.